Home » Blog » The language of loneliness 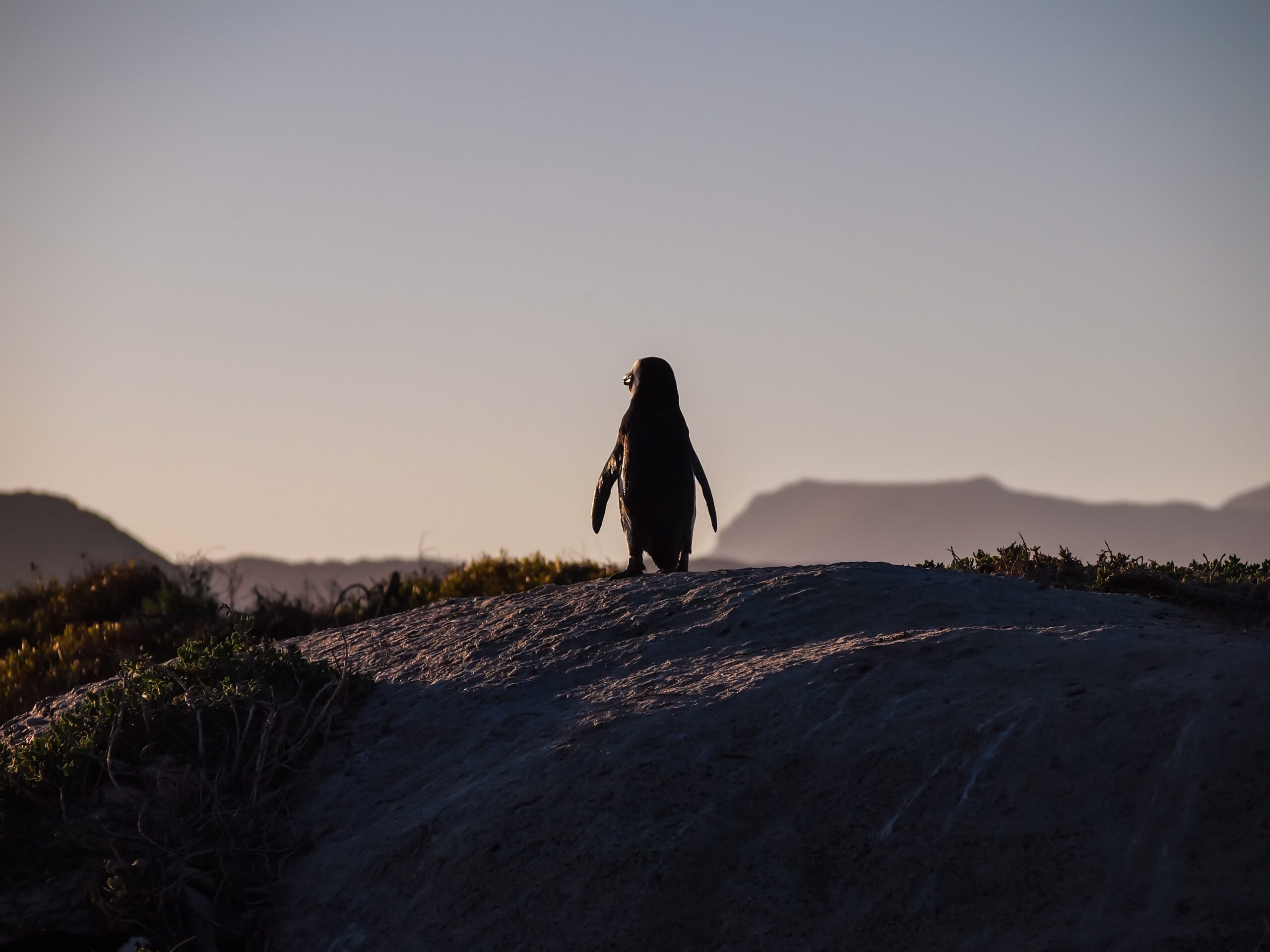 The language of loneliness

In September 2017 I partnered with Exeter City Community Trust & the Sporting Memories Foundation to develop a ‘Sporting Memories’ reminiscence group for older men in Exeter. Our remit was to target men over 50, who, for a variety of reasons, might have found themselves lonely or isolated – or challenged by physical or mental health problems. We meet every Wednesday morning for two hours, and use a range of sporting memorabilia to stimulate social interaction, foster friendship and promote wellbeing. It also involves lots of tea, coffee, cake and laughter. Looking back, we could never have imagined what a wonderful success it would be, and what a dramatic effect it would have on the participants’ lives. Reflecting on recent months, I’ve been thinking a great deal about what we really mean by ‘loneliness’, what causes it, and how we might work to overcome it.

In recent years, we have begun to talk a lot about negative effects of loneliness. Age UK’s latest work suggests that by 2026 there will be 2 million people over 50 in England who will often feel lonely, which will have a direct effect on their quality of life and wellbeing. A host of legitimate reasons have been posited for this trend. Among other things, they include: the loss of cohesive communities; urbanisation; the rise of the two-partner income; secularisation; family breakdown; and social media. We also know that you do not have to be ‘alone’ to feel lonely. Being trapped in an unhealthy relationship, or in unfulfilling work can also prompt powerful feelings of isolation. Research into the impact of loneliness suggests that it has a deleterious effect on physical and mental health, with its effect on mortality comparable to the impact of well-known risk factors such as obesity, and cigarette smoking.

Although the association with older, isolated people is anchored most firmly in our cultural consciousness, the problem is not exclusive to elderly people. The recent BBC Loneliness Experiment suggested that young people were most likely to be affected. 40% of 16 to 24-year-olds who took part in the survey claimed that they often – or very often – felt lonely, compared with 27% of over-75s. I had some reservations about this data, since this was a self-selecting, online survey, which is likely to have influenced the number of older people who heard about the study in the first place. Online questionnaires can also present something of an obstacle to older people who may not have access to (or be proficient using) the internet. Nevertheless, we should be mindful that evidently, this problem can affect anyone – at any stage of life. In response to these concerns, the Government has appointed the world’s first Minister for Loneliness, and, continuing the wonderful work of Jo Cox, published its policy paper, A Connected Society: A Strategy for Tackling Loneliness – the Government’s ‘first major contribution to the national conversation on loneliness and the importance of social connections’.

The knotty language of loneliness

As a historian, I’m always a little hesitant when contemporary social and cultural anxieties are presented in the language of ‘catastrophe’, or as something ‘new’. I’m sure there are people who have felt lonely, for one reason or another, in every generation. However, in this case, historians do seem to agree that the use of the word in its modern sense dates relatively recently to the nineteenth century. Prior to that, the word conveyed a sense of physical or geographical isolation and did not carry the psychological and emotional connotations it does today. So, how might we better understand the concept and causes of loneliness a little better, and work towards a practical solution? Based on my experience facilitating the Sporting Memories group, I would begin by suggesting that the modern language of loneliness and isolation is perhaps unhelpful – or at least inadequate to describe the essence of what many of our participants are experiencing. Although a couple of members live alone, most are in fact not lonely, or alone; to the contrary, they are surrounded by loving families and friends. However, physical or psychological illness has meant they can perhaps no longer participate in activities they once enjoyed. They find that their identity has been absorbed by their medical condition; consequently, they find themselves disconnected from familiar social circles. Others feel undervalued or invisible. They might be relatively active from day to day, but no-one seems to have the time to care or connect on an emotional level about challenges they face. While individual caregivers may provide excellent service, the statutory support systems within which they operate are complex and sometimes dispassionate. A few of our participants played sport to a professional level in the past; others occupied senior roles during their working lives. All of them have led interesting lives in one way or another. Yet, I sense somehow that they feel their selfhood has faded and fallen away; encounters with others are framed too often by a negative discourse of deterioration, as opposed to one of optimism and hope. So, when they speak the language of loneliness, participants are often articulating a complex range of emotional responses to contemporary life. They feel a lack of connection with other people; they sense that they are undervalued and invisible; they perceive that others see their generation’s views and concerns as illegitimate; and most of all, they sense a lack of compassion in everyday human interactions.

The value of physical touch

I also noticed, soon after we first organised the group, that the participants began to reach out for a kiss on the cheek or an embrace on arrival/departure. Physical touch within professional boundaries is now a topic so fraught with contention and controversy, that this was at the forefront of my mind in my role as facilitator. However, I have never objected to appropriate touch for communication purposes or affection. It seems to have assisted us greatly building trust and warmth with group members and I look forward to the joy of these physical greetings. We also engage with participants by holding a hand or giving a warm hug during occasions when a memory, recording or photograph prompts laughter or tears. Physical contact seems to add greatly to the depth of the moment. In her book The Value of Touch, Tiffany Field demonstrates the importance of affectionate touch, and conversely, the negative effects of touch deprivation – now increasingly common in our society, where physical affection might be misinterpreted or misconstrued as abuse. This all seems lamentable, when the gains from physical affection are evident. Indeed, touch and massage have been used since the time of ancient Greek medicine, one technique among others that was employed to restore balance, promote wellbeing and prevent disease. As modern medicine increasingly focuses on treatment as opposed to prevention – and as touch has become taboo, we are in danger of underestimating the power and importance of physical touch and affection.

In political and philosophical circles, such concerns inevitably lead to questions about who is responsible for fostering a society in which people feel valued and connected. Commentators increasingly highlight the association between ‘neo-liberalism’, unregulated capitalism and high rates of mental illness and loneliness. Critiques that suggest consumerism and social media cultivate dissatisfaction and insecurity are surely valid. Vance Packard warned us back in the 1950s, that manufacturers and advertisers increasingly probed people’s subsurface desires and needs, to identify ‘vulnerability’ and create new or insatiable demands for their consumer products. It is also true that the high cost of homeownership/rent, the rise of precarious employment and reorganisation of the benefit system, has placed unrelenting pressure on individuals, couples and families. The marketisation of health, social care and education, has situated financial profit at the core of our most fundamental institutions. I can personally attest to the damaging effects of feeling undervalued and disconnected, as the HE sector became increasingly preoccupied with rankings, metrics and performance indicators.

Notwithstanding these macro-level concerns, I have always believed that there is much that we can do to take care of each other at a local level. The concept of ‘social prescribing’, for example, needs to be more firmly embedded in our medical model of general practice. Social prescribing aims to refer patients looking for a medical solution to a social or emotional problem, to groups or organisations locally, to encourage them to foster new interests and friendships. In my local area, the city employs an Asset-Based Community Development approach, whereby Community Builders work to identify local needs and resources, and Community Connectors aim to introduce vulnerable individuals to activities and organisations that will help them gain confidence and promote wellbeing. However, as my experience with Sporting Memories demonstrates, simply providing groups and activities will not be sufficient. We must all work hard to listen, understand and act upon the nuanced causes of disconnection.

I also believe we could all do more at an individual level. Facilitating our reminiscence group has caused me to reflect on my own past, and the limited time I spent giving back to the community, when rushing around working full-time with a large brood of children and elderly parents to oversee. Now, finally immersed in a community project that has tangible impact, I realise how important it is to give something back, if and when one can. The positive impact is reciprocal. My co-founder/facilitator Pete and I both say that the love and laughter in the group raises our spirits each week. We can’t change the world. We cannot reduce the waiting list for a participant’s hip replacement, but we can demonstrate that someone cares about them while they wait. We can all encourage friendship and resilience, make it our business to check in on family, colleagues and neighbours – and potentially have a powerful influence on someone’s quality of life.

*Sincere thanks go to Pete Ferlie,  Exeter City Community Trust and the Sporting Memories Foundation for embarking on, and supporting this fantastic project.

Fay Bound Alberti, ‘This “Modern Epidemic”: Loneliness as an Emotion Cluster and a Neglected Subject in the History of Emotions’, Emotion Review, 10 (3), 242-54.

Yohann Hari, Lost Connections: Uncovering the Real Causes of Depression and the Unexpected Solutions (London: Bloomsbury, 2018). (Nothing particularly ‘new’ – and Hari’s previous work was discredited due to poor intellectual rigour; however, there are some good points about ‘connection’.)

Links from hyperlinks in text