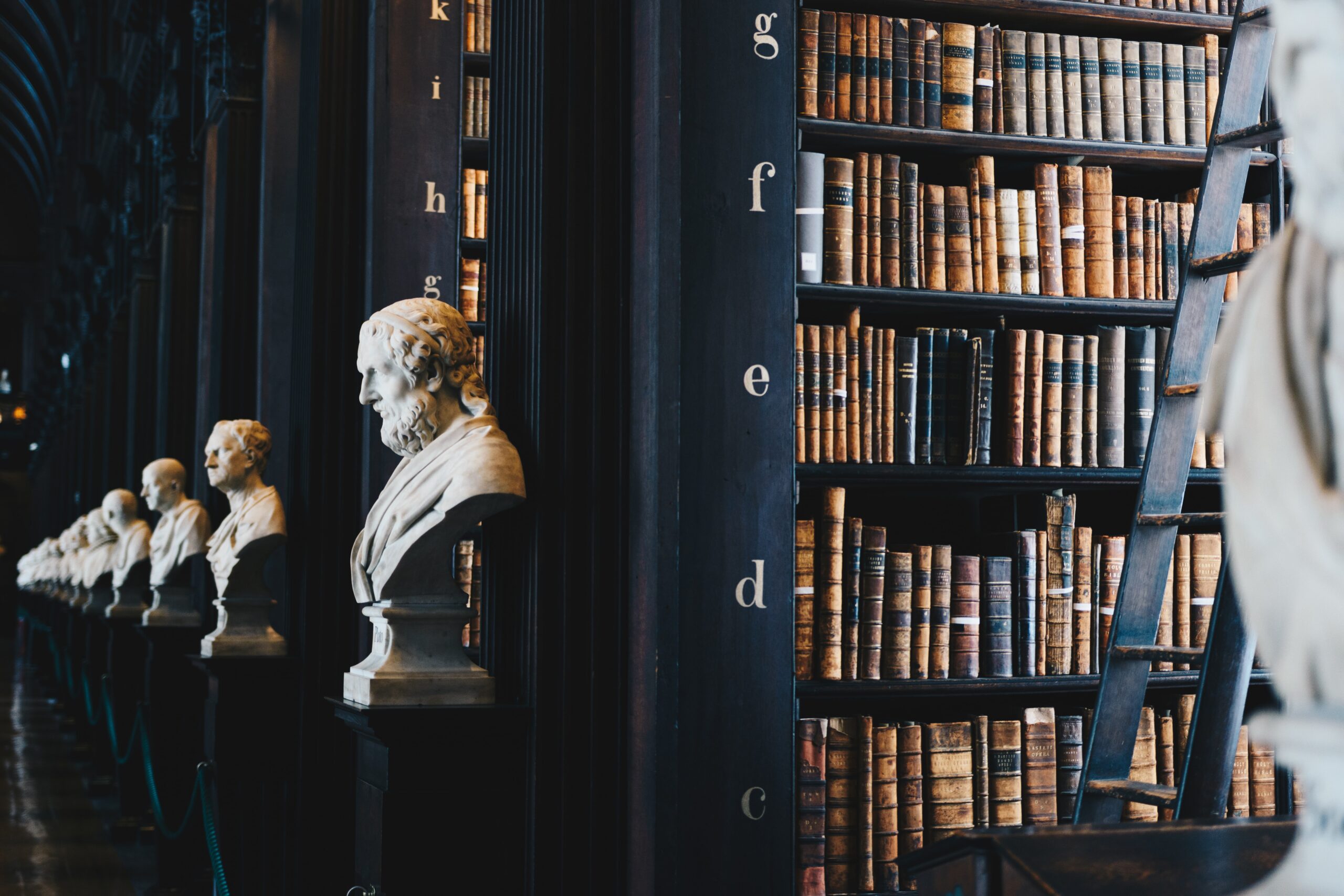 The 21st September 2018 was my last day working as an academic at one of the UK’s top
universities.  Unlike many on precarious temporary contracts, my post was permanent, and I
consider myself very fortunate to have experienced a remarkably smooth journey through
academia.  I was awarded prestigious fellowships; mentored by one of the top scholars in
my field; and presented with a host of wonderful professional opportunities – all of which I
embraced with passion. I’m therefore mindful of the fact that I resigned from a post that
many would gladly seize – and I’m sure that, to some, my decision to leave must be a
mystery. I’m deeply grateful to those who supported me and to colleagues I worked
alongside for ten years. My journey has by and large been a positive one, so I hope that by
the end of this post, my decision will be shrouded in a little less mystery. In future posts, I
look forward to revisiting many of these themes again in more detail.

From hairdresser to scholar

You might notice that the title of this blog is wordplay on Educating Rita – the brilliant stage
play by Willy Russell, released as a motion film in 1985, starring Michael Caine and Julie
Walters. I first watched this film in 1999, when studying on an Access to Higher Education
course.  Access courses gave mature students, who wanted to return to education but had
not completed A’ Levels, the opportunity to apply to university by an alternative route.
Aside from the fact that Educating Rita was a brilliant film, my interest in it originated from
a connection with Rita (Julie Walters), who begins her working life as a hairdresser, but
yearns for a more fulfilling life and joins the Open University to study literature.  Frank
(Michael Caine), her eccentric and alcoholic tutor, mentors Rita through this emotional
journey, which changes her life irrevocably. I too left school at 16 and trained to be a
hairdresser on the Youth Training Scheme (‘YTS’), as it was known then.  I married and had
my first child at 19, and a second was born by the time I was 22. I can’t say I was as
disillusioned with my life as Rita. Hairdressing was fun and convivial, and fulfilled my need
for a creative outlet. However, at 29, out of curiosity more than anything else, I decided I
needed a change of direction. And so it was, at nearly 30, I completed my Access course and
embarked upon a BA, joining several hundred other 18-year-olds to read history, full-time,
as an undergraduate.  By this time, I had re-married and gained four stepchildren. My
husband had been married twice before and our blended family comprised six children from
three marriages, all with different routines, needs, likes and dislikes.  I’m not sure my
husband and I quite understood the enormity of the task that faced us, but, having
weathered some serious storms, we are still married 18 years later.

As the only mature student, I felt isolated at university.  However, it wasn’t long before I
was captivated by new ideas and theories, which overturned my existing perceptions about
life and the world around me.  At times this was exhilarating – at other times disquieting.
Like Rita, I was totally absorbed by the process of self-change and intellectual advancement.
Like Rita too, this change began to shake my foundations.  Although my family and friends
were very supportive of my pursuits, I began to feel distant from them.  They were business
people. Why didn’t they want to read the books I’d discovered?  Why wouldn’t they ‘think

like me’?  I remember crying at the point in Educating Rita, the movie, when Rita returns
home to find that her husband Denny had burned all her books, fearful that he had ‘lost’ the
girl he married.

Life of the mind

Many years later in 2008, having been fortunate enough to secure studentships for a
Masters and a PhD, I began work on a research fellowship, gradually extending my
experience of teaching, research and academic administrative duties.  I settled well into the
role, but always had a sense of restlessness and unease that I would forever be that square
peg in the round hole.  My domestic life had moved into the new and noisy phase of
teenagers.  With boyfriends and girlfriends in tow – overnight numbers sometimes peaked
at fourteen. On a Friday or Saturday night, you never knew who you’d bump into in the
bathroom. However, I was lucky that my husband did not resemble Rita’s Denny.  He didn’t
burn my books; instead, he spent many hours erecting IKEA Billy Bookshelves for me to
house my expanding collection. He was outstandingly supportive of my professional
pursuits, working long hours himself running our village butchers/deli, while still tolerating
my exhaustion, my general crabbiness and my patronising philosophical and political
outbursts over dinner. I can relate to Rita though, when she reflected sadly that ‘I see
[Denny] lookin’ at me sometimes, an’ I know what he’s thinkin’ . . . he’s wonderin’ where
the girl he married has gone to’.  Indeed, I often caught my husband looking at me wistfully
– and on rare occasions (mostly likely when I was being particularly sanctimonious), he used
to say that he wanted his ‘old Ali’ back.

Increasingly, I found that my time available for hobbies and charity work reduced. I resigned
from a charity trustee role that was important to me.  I abandoned my fitness plan – Dr
Haggett slowly morphed into Dr Blobby, because there was always something to grade, or
something to write that was overdue.  There was always ‘that email’, or a reference request,
or the book review that I’d promised ages ago. The research and publication targets loomed
large, and the idea that our research should resonate more effectively in the real world
emerged as the ‘Impact and Public Engagement’ agenda.  This was something that I loved
and instinctively connected with but felt other obligations at work left me with little time to
engage effectively with the world outside university. Administration systems that were
implemented to make life simpler, in fact made life more complicated. At the same time,
professional support services contracted.  Students appeared to be struggling with
increasingly serious mental health problems, and the pastoral role that I loved became
emotionally demanding. Understandably, the EU Referendum and two general elections
generated a tense political atmosphere, which I found hard to endure. I was uncomfortable
with the discourse of the ‘expert’ – the outpourings of opinion, which increasingly
prioritised intellectual knowledge over the experiences of ordinary people – an approach
which, to me, seemed destined to divide opinions further.

During this period, my elderly, divorced parents fell ill.  My Mother sustained a frontal lobe
brain injury from a fall. She died eighteen months later in considerable distress.  Our house
renovation project was long and complex, and my 85-year-old Father contracted sepsis.  I
drank a lot of wine. My waistline expanded further, and my hair went completely grey.
(Thankfully, like Rita, I possessed the skills to dye my own hair.) I began to feel disconnected
with the ‘life of the mind’. Although I had developed a formidable set of skills, the work
began to feel abstruse and obscure.  My intellectual intelligence was in danger of damaging

my emotional intelligence and my creative ability. As John Stuart Mill once said of his own
mental crisis, I felt stranded, ‘with a well-equipped ship and rudder, but no sail – without any
real desire for the ends which I had been so carefully fitted out to work for’.

My community engagement work, which aimed to improve the psychological and physical
health of older men in the local area, kept me grounded. I came home from those group
sessions every week feeling nourished and rewarded. I began to realise that I had learned as
much, if not more, from those I encountered outside the ivory tower – from those
passionate people in the third sector with whom I’d collaborated; from those with the lived
experience of mental illness who had so generously donated their time to my projects; from
the participants who had contributed to my oral history projects; from my Mother’s elderly
friends and health workers who were so kind during her illness – and from my Husband, my
friends and my children. I began to wonder if Frank had been right to warn Rita that, in
order to become an intellectual, she might have to suppress, or even abandon, her
uniqueness. She would have to change.  I had certainly changed and abandoned some of my
uniqueness. My old life was less learned, but more honest. I had cultivated ‘knowledge’;
however, my wisdom had come from elsewhere.

One morning in July, I got up feeling exhausted, to make the 120-mile journey to visit my
Father in hospital. I realised that my soul was quietly asking me to change my life. I knew
that morning that I needed to leave academia to prioritise my own wellbeing and to work in
a field that harmonised with not only my skills, but my values too.  There is much that I will
miss about university.  I will continue with freelance research and publishing but look
forward to developing my community work on wellbeing.  I look forward to expanding on
some of these issues in future blogs and will also be documenting my journey into
alternative work.